A brief history of Positano

Laid at the southern feet of the Mounts Lattari, which protect it from the Northwinds, Positano enjoys - thanks to its favourable position - all the advantages of a mild, dry climate. It is surrounded by green mounts, which form a sort of crown: Mount Comune, Mt. S. Maria del Castello, Mt. S. Angelo a Tre Pizzi (1444 metres high), Mt. Conocchia, Mt. Campo dei Galli and Mt. Paipo; towards south and east the gaze sweeps over the sea up to Punta Licosa and Capri. Three miles away from the coast a little arcipelago rises from the sea - "Li Galli" or "Sirenuse" - composed by three islands: "Gallo Lungo", "Rotonda", "Castelluccio", which was always supposed to be the abode of the bewitching Syrians. The origins of Positano, like those of many other towns, are lost in the mists of time, so that it is difficult to distinguish between history and legend. As it often happen in the past, myths supplied for the lack of data: one of these myths tells us that Positano was founded by Poseidon - the Latin Neptune, the god of the sea - for the sake of the nymph Pasitea, whom he loved. It is certain that Phoenicians and Greeks, travelling westwards, landed in Positano, which at that time, was inhabited by Oschi and Piceni. The Romans built near the 'great' beach a rich patrician villa, which has now been buried by gardens and by the church devoted to Our Lady of the Assumption. With the fall of the Roman Empire Positano became a part of the Republic of Amalfi, the first maritime republic, and went through flourishing period, owing to the commerce with the other countries of the Mediterranean area. 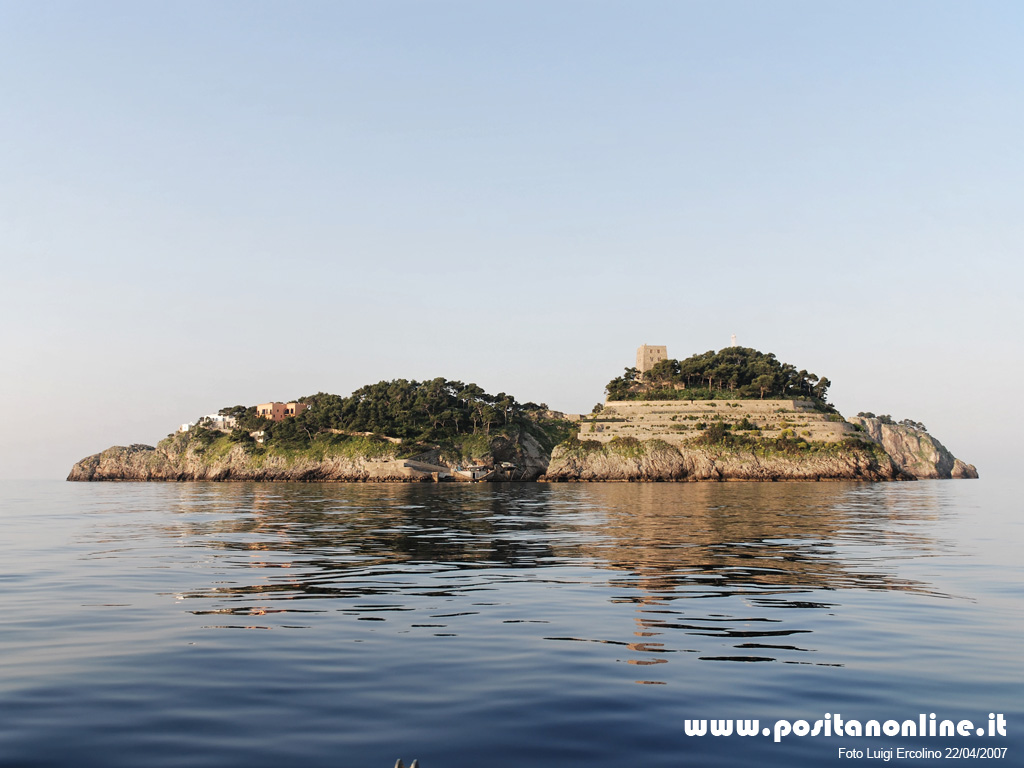 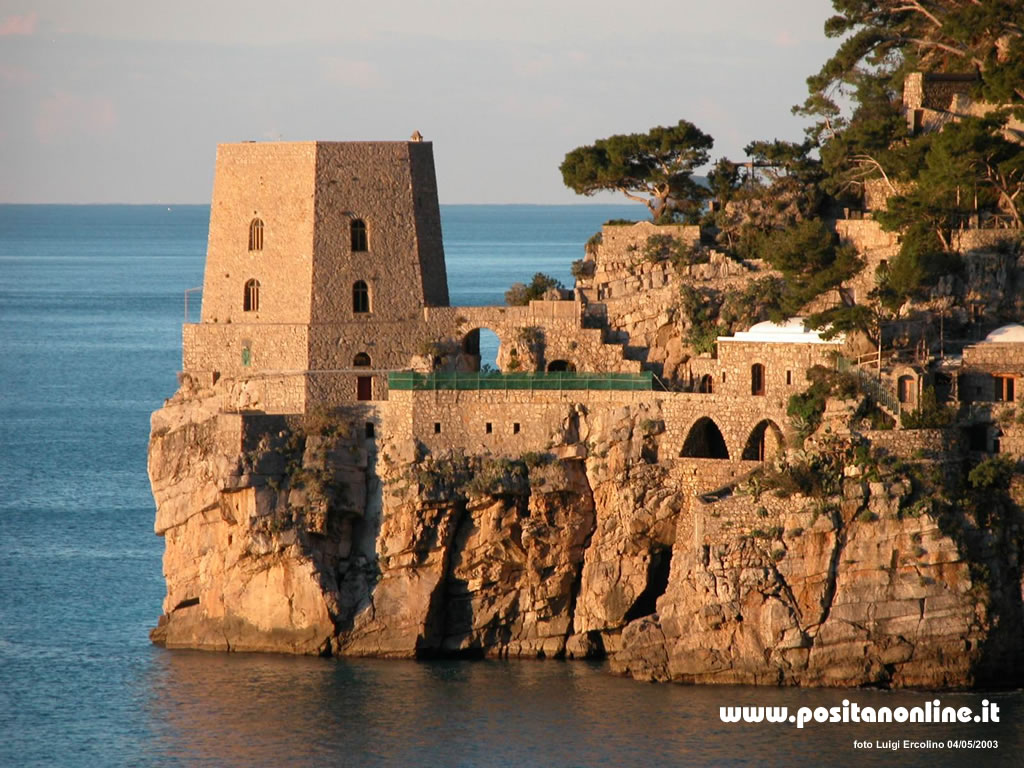 Unfortunately this period was followed by gloomy ones, particularly during the Angevin and Aragonese domination, when our village was more than once exposed to the offence of the Saracen pirates, first, and, then of the Turkmen. A legend referring to that period says that the Saracen pirates, during an incursion, sacked the main Church and brought away, among other things, the Byzantine picture of Black Virgin, which was kept in the church and is now to be found in the apse over the high altar; they had just left the shore, when a voice was heard, that said: "Posa, posa". The pirates became aware of having committed a sacrilege, repented came back ashore and restored all the ill-gotten goods. To defend themselves from the very frequent raids of the pirates the inhabitants of Positano built three guard-towers, which can still be seen today in the quarters called "Fornillo", "La Trasita", "La Sponda" and some others in the inner part of the village. In the same period the mountain villages of Montepertuso and Nocelle enlarged to harbour the inhabitants of Positano and Laurito, who feared the pirates. In 1700 there was a thriving period as it is shown by many villas in the late Baroque style, built on the East coast. The Unification of Italy forced many inhabitants of Positano, as it happened for so many other people of South Italy, to migrate to America, where fortune smiled on some of them. After the First World War - during which Positano also paid its great tribute of blood - this village, which was already the refuge of some Italian artists, like Vincenzo Caprile, harboured many Russian, German artists and men of letters, who chose it for its peace and quiet. Among others we can remember: Semenov, Zagoruiko, Essad Bey, Clavel, Escher, Massine, Kovaliska, Ghillausen, etc., who with their works maid this flat of land known all over the world. The tourism booming took place after the Second World War; but despite of an intense expansion our village preserve its characteristic vertical structure and its bright architecture with suggestive, panoramique corners.

Thanks to the innate sense of hospitality of its inhabitants Positano became one of the most famous tourist places all over the world. Our village is also internationally known for its clothing production: many little, but elegant boutiques, which are almost everywhere on both sides of streets and lanes, can satisfy all the requests of a cosmopolitan clientele. Its favourable position put it in the centre of a land rich of history and natural beauties. During the summer a series of patronal feasts - among which we can remember that on the 2nd of July in Montepertuso and that on the 15th of August in Positano - and cultural events - like the International Award for the Art of Dancing to the memory of the great dancer-choreographer Leonide Massine - gladden the evenings, making the stay in this charming place, also called the "Gem of the divine coast", more pleasant and suggestive. 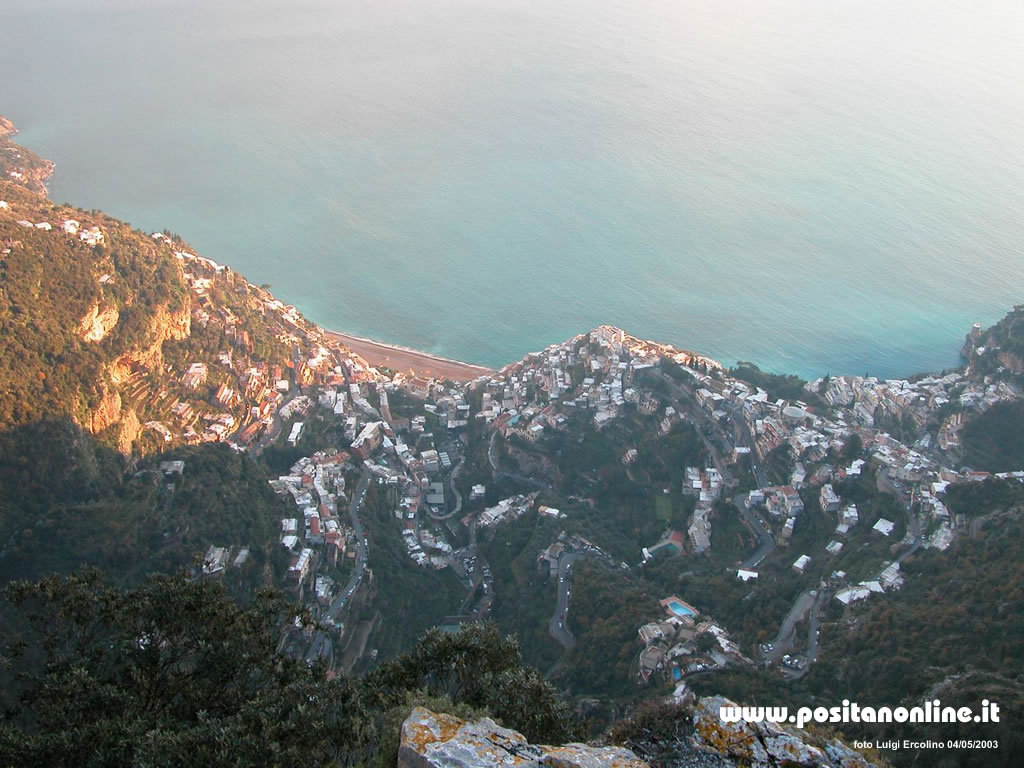